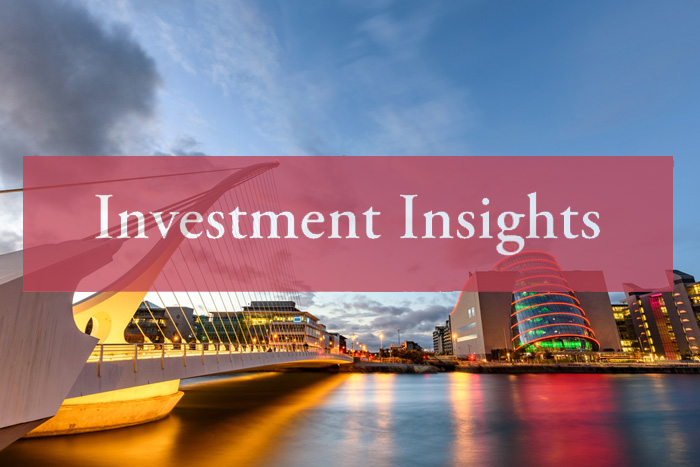 It’s very rare in geo-political or economic terms that something happens beyond the wider global framework or environment. Few anticipated this invasion before the US started raising the alarm about the build-up of troops on the Ukrainian border. Yet Russian-US/European tensions have been increasing for some time, and the invasion itself, and its outcomes, fit in clearly with an established set of trends.

First, it goes without saying that this is a blow to globalisation. This decline, which started with the rise of populist politicians such as Donald Trump and the Brexit vote, will be further amplified by global tensions as the world fractures into various opposing camps. Already, the west is doing its best to disengage economically from Russia where it can, and in areas where it cannot, such as energy, it’s looking to alternatives that will allow it to do so eventually. The great unknown in this calculation is what happens with China, which has played a very delicate balancing act. While both premiers had recently talked of a bright future of unlimited co-operation, China is not going out of its way to support Russia, and openly laments the loss of life in the conflict. Should China engage more forcefully on behalf of President Putin, we can expect globalisation to suffer further.

Second, we’ve seen an unprecedented rise in government spending during the Covid crisis. For those who thought that the time might now be ripe for governments to turn off the taps, the war may provide another reason to keep government largesse going. From Germany’s commitment to increase its defence spending, and even Ireland contemplating whether countries need to do more to protect themselves, a further drain on public finances looms. Higher taxes will result, already announced in the UK’s forthcoming increase in national insurance. In the US, where President Biden’s administration is planning further fiscal stimulus, the Federal Reserve recently put out a report claiming that increased government spending was, not surprisingly, contributing to inflation. Which brings us to our third major trend.

The spectre of accelerating inflation is even more real than before. While an uptick in price rises had been well-flagged due to a squeeze on global supply chains and labour, a further strangulation on globalisation will obviously damage global trade and supply and exert further inflationary pressure. We’ve already seen the cost of living rising considerably – with energy one of the most important parts of a household spending basket, and with the major energy supplier to Europe in an economic conflict with the very countries it supplies, it is hard to see a sustained reduction in prices over the near term.

The result of this is that governments and central banks are taking inflation even more seriously than they did beforehand. The US Fed in mid-March raised rates by a quarter percentage point from near zero, the first increase since 2018, after data showed prices had increased almost eight per cent in the year to the end of February, the highest level of inflation in four decades. This move, as the Fed has advised, is just the beginning.

Overall, as in 2021, we do expect above-trend economic growth this year as we continue to progress out of the Covid crisis (remember that?). But from an investing viewpoint, with markets facing the challenges that we outlined above, it’s time to move cautiously, aware that there are few areas where there are obvious opportunities for capital appreciation.

As we have stated many times, the key factors affecting bond valuations are the inflationary outlook along with government spending and borrowing plans, so there’s plenty of information to consider when examining the fixed income market. As one would expect with inflation and interest rates rising, bond yields are climbing, with yields for duration of more than five years now generally sitting in positive territory. On the flip side, higher yields mean falling prices and broad bond indices have slid about ten per cent in 2022.

The benchmark US 10-year Treasury yield has climbed from 1.5 per cent about six months ago to 2.5 per cent now. The German 10-year yield, the European bond standard, is now hovering at about 0.7 per cent after stubbornly remaining in negative territory since April 2019. Does this make these securities reasonable investments with inflation at eight per cent? Clearly the answer is no, but it’s important to note that this step change in bond yields does show a significant collective shift in perspective on the market’s part.

Our overall view remains that equities are vulnerable to some correction and the Ukraine war has only added to the headwinds already faced. Rising interest rates tend to (and are intended to) remove heat from the economy, the threat of stagflation (inflation coupled with a stagnant economy) in Europe is increasing, there’s the likelihood of increased restrictions and regulation on some of the larger tech firms that had been the driving force behind market growth in recent years, and energy prices are soaring; these all in theory put a squeeze on the returns companies can expect to make.

That said, increased government spending around wartime has in the past helped lift stock markets, so there is no doubt that we are in unpredictable and bumpy territory. It’s also worth remembering that markets remain extremely high, and earnings multiples extended when viewed on an historical basis. While the S&P 500’s price-earnings ratio, essentially the amount of money you pay for your share in the earnings of the companies in the US equity market, has fallen from about 38 at the end of the year to 26 recently, this is still higher than it has been at any time since 2011, and above longer-term averages.

As regards our position, we recommend a core holding of equities with other assets judged against them in valuation terms and remain “neutral” on equities at this time.

Property values have been reasonably stable or climbing in recent years, but the effect of Covid has had a significant adverse effect on retail property and, we also expect, on the office market. This may be offset against gains in warehousing and related property (from the increase in online shopping and trade), and it is notable that residential property, which offers the potential for steadier yields through the market cycle, is increasingly forming part of institutional property managers’ portfolios. Overall, while holding property remains sensible, we are probably at the end of falling yields. In the Irish market in particular, which has had a reasonable run, we don’t expect property to deliver excess returns in the short-to-medium term.

Russia is essentially a one trick pony economically, with much of its wealth and power emanating from its significant reserves of oil, gas and other commodities. It’s not surprising therefore that the war, and the economic action taken by the west, has put a squeeze on the flow of energy, and with limited supply comes increasing prices. Indeed the price of crude had climbed to almost 130 US dollars a barrel, its highest in 14 years and an increase not missed by the general public who consequently saw the cost of petrol soaring in forecourts. Adding to the mix, there were signs that Middle Eastern producers, at least at first, were in no hurry to increase supply to offset declining Russian exports, although announcements of the US intention to reduce its strategic reserves will help, to an extent.

In the longer term, where we choose to sit from an investment perspective, carbon fuels such as oil and gas face a declining future with a globe focused on renewable energy. In that environment there may be long-term opportunities in other commodities such as nickel and copper needed for electricity distribution.

We continue to be poised to take advantage of these funds should a market reversal make their qualities more attractive relative to other securities.

These funds are useful diversifiers but gains or losses come and go and are dependent on which side of the trade one places oneself.

These are useful for diversification again and can play a part in the medium-risk section of clients’ portfolios, but these funds typically rely on manager-specific investment processes to manage their underlying active asset allocation and many still have not reached their full potential.

Another diversifier, these loans are illiquid and have some credit risk, which is the basis of the return over cash that investors receive. In addition, their floating rate nature is an attractive characteristic in times of rising interest rates.